Most men do not settle for mediocre women, which is a good thing. No one should ever settle!
Unfortunately, most women definitely will settle. I believe that it’s because we have been convinced that there is a shortage of men, all men are liars and all men are cheaters. I guess some of us just take what we can get. Go figure. 🤷🏾‍

It’s ok to not settle when someone doesn’t have to settle to be with you….Let that sink in.

Does anyone else feel that men want a lot from women in relationships?? Sometimes more than they can give?

My question is, why do some men think it’s ok to want a 21st-century woman with 20th-century values when they want to remain as 21st-century men?

When my grandparents were married, my grandmother was a stay at home wife. She cooked, cleaned, and cared for her children while my grandfather worked. This was the living situation for most couples at that time.

Let’s be clear…the MEN COVERED ALL EXPENSES!!!! My grandmother told me that she got a weekly allowance from my grandfather because she didn’t have her own money. This caused women to be more submissive. Men ensured that their family had a roof over their head and food on the table. It was extremely rare for a man to sit at home all day and depend on a woman. Men were independent and didn’t expect anything from women or depend on them to keep the family afloat financially. 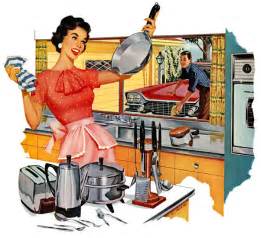 More women are the head of the household and have most of, if not all of these qualities below
1.A good paying job
2.A car
3.A house
4.They are great mothers
5.Hard-worker
6.Great cook
7.Housekeeper
8.Educated
9.Ok with splitting the expenses 50/50
10.Dresses well
11.Keeps hair, nails, and feet done at all times
12.Good credit

These are qualities that society has said women need to have to be “wife-material”.

These are all great qualities, and I would want all of this things as well if I was a man looking for a wife. But….as a man, can you match this qualification???

If the answer is no, please go back and re-evaluate your standards.

Some men want a woman to be submissive and have said “Back in the day women treated men like men” Ummm question..are you the man that the men were “back in the day”!!

It’s unfair to expect a woman to cook, clean, take care of children and entertain you, after working all day. On top of that, also expecting her to pay bills, and carry the family on her back solely or with little help! You can’t have it both ways!

“Back in the day” men courted women, they opened doors, they paid for dinner (with no expectation of the woman tipping), they picked her up in THEIR car and walked her to the door. Men married women, had children and took care of their families. It was very rare for a man to be with a woman for years, have children with her and not marry her. That was the standard, and the men were considered less of a man if he couldn’t do these things. Nowadays, some men expect women to split everything 50/50, take care of them emotionally, financially, and sexually all while having no intention of marrying the woman. We call it “playing house”. These men then say we don’t treat them like a man. Interesting right?!! Women are expected to play both women…. the old school submissive women, and the new school independent women. Not to say it’s anything wrong with being both, but there’s no way I should be forced to be independent and deal with the ups and downs of a relationship. If I have to be independent I would rather be single.

I’m not man bashing! I love men…just shedding some light on a few things we talk about as women.
I’m not judging anyone in this situation either because I was in this situation for a while myself.
How do you feel about this….Comment Below!

23 thoughts on “Some Men want a 21st-century woman with 20th-century values.”

I am a 28 year old, mother of two from Philadelphia...I want to spread love, positivity and make serious conversations interesting and fun! Let's Talk!!!!! I am a new blogger so please... please!!! comment, like my post and lets get to know each other View all posts by thekeepupblog